By our representative
Finding “serious gaps” in biomedical waste disposal in Gujarat, a new study, jointly conducted by Delhi-based environmental group Toxics Link in conjunction with Ahmedabad’s Paryavaran Mitra, found that 13% of healthcare facilities in what the Indian powers-that-be considered a ‘model state’ has not even tied a joint medical waste treatment facility (CBWTF), a condition without which they are not allowed to operate under the law.
Worse still, in a “serious” violation, according to the study, 27% of surveyed facilities mix their biomedical waste with municipal waste, while 15% of facilities dispose of their hazardous waste with biomedical waste (BMW). This not only breaks the law, but also leads to increased volumes of infectious waste as well as the release of toxic products into the environment.
According to to study, titled ‘Don’t Dump That’, which aims to assess the current status of hospital waste management in four major districts of Gujarat – Ahmedabad, Rajkot, Gandhinagar and Sabarkantha – most health facilities including clinics , pay no attention to the occupational health and safety of healthcare workers. 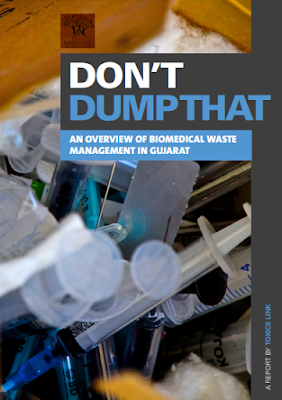 Thus, he said, activities such as needle recapping were prevalent in 87% of facilities and about 90% had no post-exposure prophylaxis policy. Emphasizing that the lack of needle cutters at important points in hospitals is a serious concern and can lead to needlestick injuries and also needle reuse, he added that needlestick injuries have been globally identified as one of the main reasons for the spread of infectious diseases like Hepatitis and HIV among healthcare workers.
Satish Sinha, Associate Director, Toxics Link, cautioned, “Biomedical waste management rules in Gujarat are not implemented on the ground by most healthcare facilities, especially smaller clinics. Regulators need to strengthen the system and take legal action against health facilities that do not meet proper standards and also closely monitor CBWTFs.
The study, which collected data on pre-Covid biomedical waste management practices in 145 health facilities in these four districts, including public and private hospitals and small clinics, found that segregation practices n were not appropriate in many establishments.
Most of the facilities visited had not installed an effluent treatment plant and many of them were not even connected to tertiary effluent treatment plants and discharged liquid waste directly into the sewer system, he added.
The study further indicated that many hospitals also do not pre-treat their laboratory waste, which is required by the rules. Since most healthcare facilities are operating without meeting the standards of the Biomedical Waste Rules 2016, this raises a question about the quality of oversight mechanisms adopted in the state. 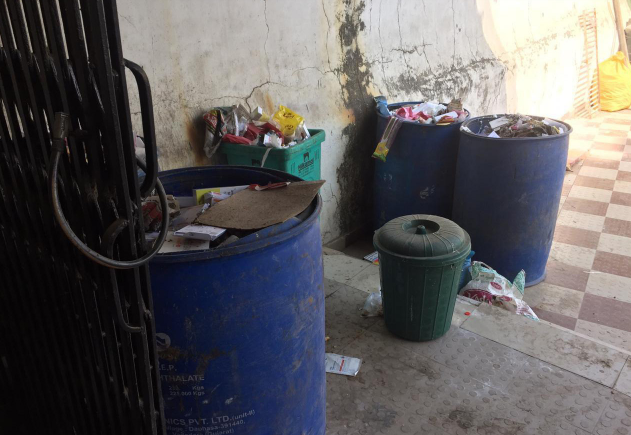 The study found that the condition of waste storage areas in most hospitals was poor and violated the standards set by the 2016 rules, adding concerns related to the operation of CBWTFs, as there have been several earlier reports on violations by some of them. “We found bags full of rubbish lying around unattended in some hospital premises,” said Mahesh Pandya of Paryavaran Mitra.